Friday the 13th was the premiere of “In Visione” at the Holland Festival, the latest piece by Emio Greco and Pieter C. Scholten, which is a solo for Emio and orchestra. For this piece I’m doing live projections. The piece is one half of the sequel to their production “Hell” of 2006 and its starting point is the “Purgatorio” by Dante. The music is a collage of the Matteus Passion by Bach, made by Franck Krawczyk. The stage design was by Marc Warning, light by Henk Danner. 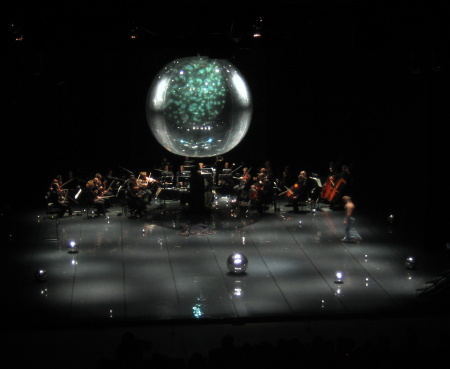 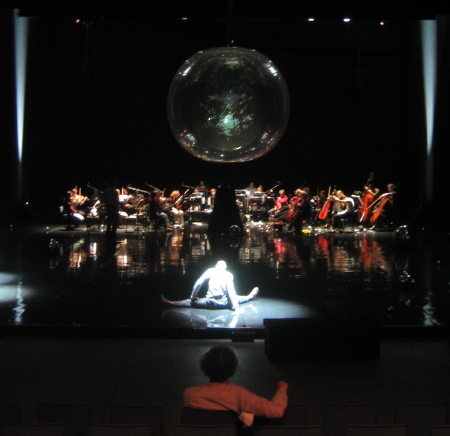 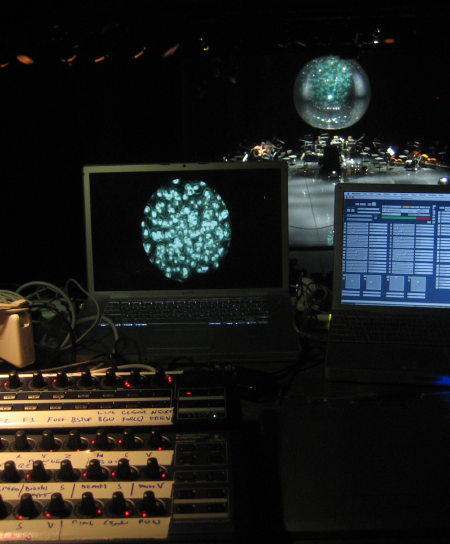