course for Artscience (2004/5)
taught together with Michael van Hoogenhuyze. 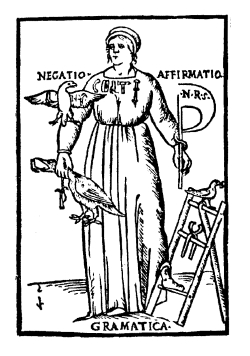 In the sixteenth century Giulio Camillo built a number of versions of his Theater of Memory. It consisted of a spatial installation of images through which the spectator could navigate freely, generating new meanings by making connections. Together, the images chosen by Camillo formed a model of the structure of the world. The present research project aims at creating an actual version of the theater of memory, by focussing on two of its aspects:

1. navigation: the theater of memory is not a representation of the world which can be passively experienced; it is an active model, a system to move in and play with;

2. sensory reduction: the images in the theater of memory are not realistic, they are emblems or pictograms.

Part of the research will be to investigate related image- and navigation systems such as the classical art of memory, board games, Eisenstein’s ‘montage of attractions’, Bergson’s parallel between the human mind and the film projector, and contemporary phenomena such as hypermedia and virtual reality.