On Growth, Form and Evolution

One of the aspects of nature that has fascinated artists and scientists alike is the emergence of form. Living nature is full of forms, and what we see at any one time is just a snapshot in processes of growth or development. Thinkers have long sought to explain these processes of shifting forms in terms of purpose or in terms of underlying laws that would explain both the abundance and the transformations we see.
Since Darwin, a lot of this abundance can be explained by evolution theory, in which forms emerge by a process of variation and inheritance. Forms are in this view the result of an unimaginably long sequence of historical accidents, consolidated by the advantages certain forms have for survival. In the last fifty years, new kinds of evolutionary theories have emerged that emphasize the fact that evolution is constrained. According to these theories, selection operates in a context in which there are also laws of form that determine that some transformations are possible and some are not.
In this course we will read some original texts that trace this development of the concepts about growth and form in nature. The central text around which the course will be structured is the 1917 book  ́On Growth and Form ́ by the Scottish zoologist d ́Arcy Thompson. This fantastic, idiosyncratic and inspiring book is full of observations on how biological forms can be explained from physical laws. He showed the similarity in the forms of jellyfish and the forms of drops of liquid falling into viscous fluid, and between the internal supporting structures in the hollow bones of birds and well-known engineering truss designs. Around this book, we will read texts and fragments by Johann Wolfgang von Goethe, Charles Darwin, Richard Dawkins, Brian Goodwin, Stephen Jay Gould, Richard Lewontin and Stuart Kauffmann. 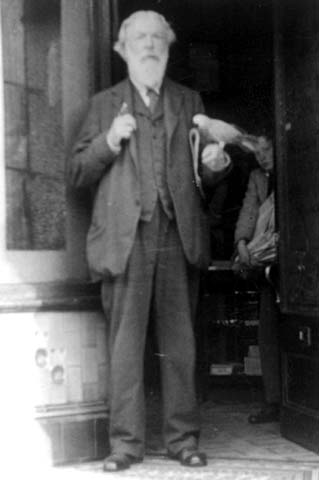 1. in class, we have discussed examples of four theories about the origin and development of biological form: that of Darwin, that of d´Arcy Thompson, that of the transcendalists and the one proposed by Brain Goodwin. Please give a short general description of two of these positions and point out the main difference between them.
2. can you see parallels between these four views and the origin of form in a work of art ? (art in the widest sense of the term, not only visual art) Please work out a parallel between one of these views and one approach to form in art.
please send your responses to joost.rekveld (at) interfaculty.nl as a .rtf, .doc, .odt or .pdf, with ´assignment Growth, Form and Evolution´ as the subject of your email. Deadline is monday october 10.