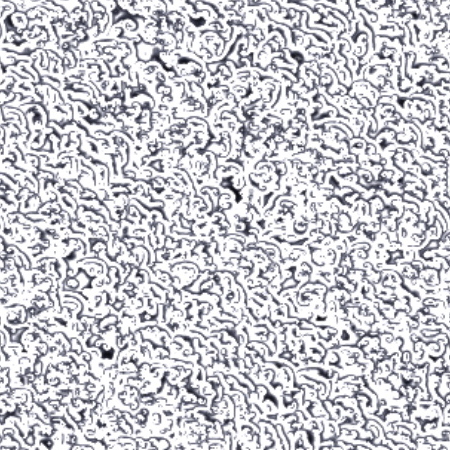 As mentioned before I’ve been collaborating with Emio Greco | PC and composer Hans-Peter Kyburz on a new installment of the Double Points: + project. This time the piece was extended to a small dance-opera of about an hour, called “double points: ΟΥΤΙΣ”. I very much expanded on the real-time projections I developed for earlier versions, and most of it was projected on a circular black screen center stage, and some of it on two smaller circular surfaces on the floor.
The premiere was march 11, 2010 in the Muziekgebouw aan ‘t IJ in Amsterdam, and we had a second performance in De Doelen in Rotterdam. More performances might happen next year, elsewhere in Europe. Below some images of rehearsals and an example of an image sequence. 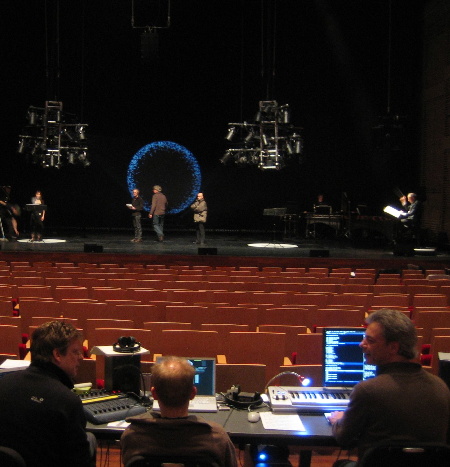 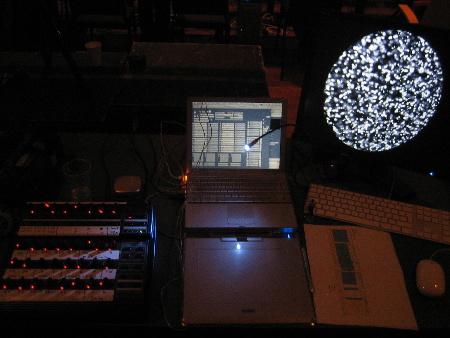 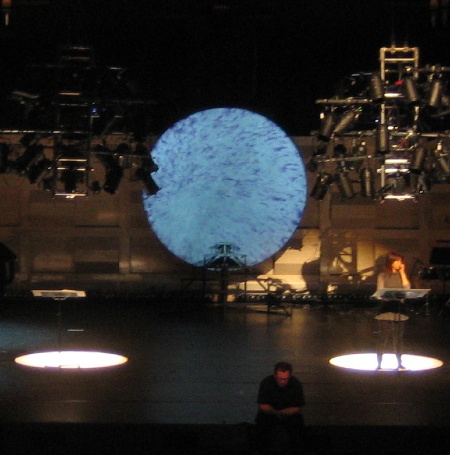 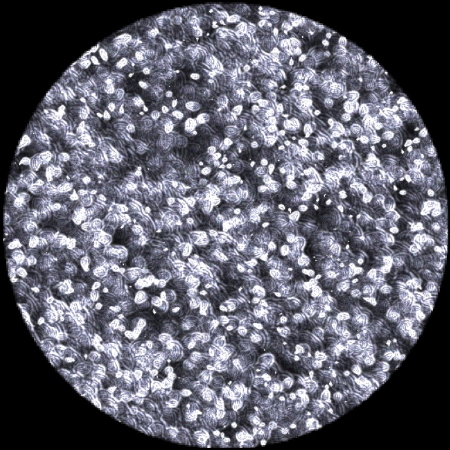 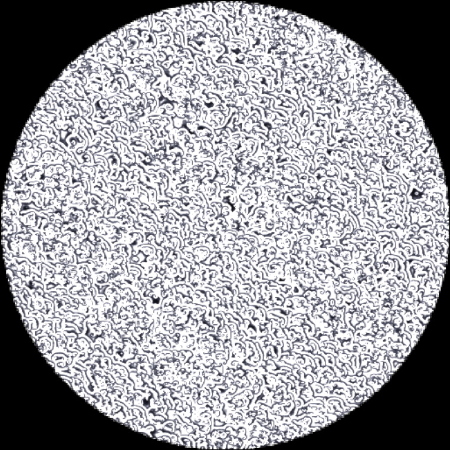 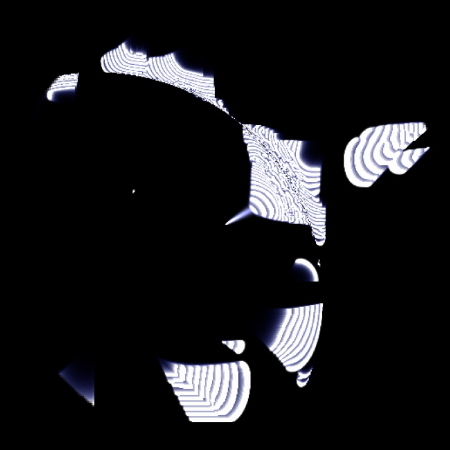 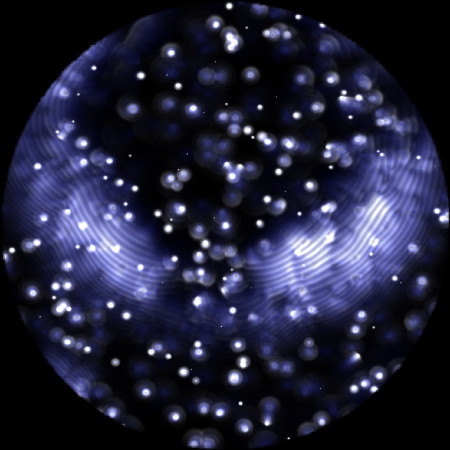 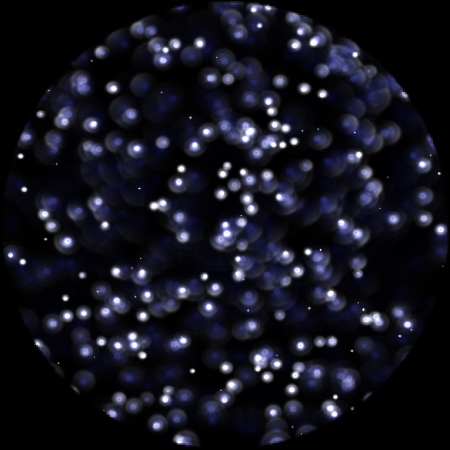