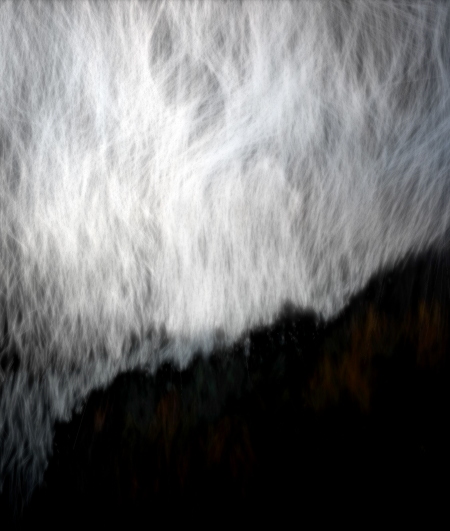 From december 4 until january 26 I will show a new version of my #41.3 Fuji at the CBK Apeldoorn. During the opening event there, on december 2 at 13h45 I will give a brief talk about my work.

The first version of this installation (which consists of a video-projection: probably the most simple installation set-up I ever had) was shown a bit more than a week ago at the Independent Film Show in Napoli. This project is a continuation of a line of thought which has resulted in two earlier presentations, of #41.1 and #41.2 respectively. It is a work in true – but slow – progress and the idea is that the agents involved will move off-screen at some future stage. The publicity blurb for #41.3 runs as follows:
#41.3 Fuji is a work-in-progress and part of a longer running investigation into how the cooperation strategies of ants can be used to make images. Many people have drawn the parallel between the self-organization of neurons in our brain and the self-organization of ants in a colony. Also this kind of self-organization suggests the possibility of other forms of political organization than the hierarchical ones we see today. In ‘#41.3 Fuji’ the images are produced by colonies of artificial agents, similar to ants, that live and cooperate in their artificial world. These virtual ants live within the image, as it were, and their collective behaviour is their interpretation of this image-environment. For #41.3 Fuji the ants live in time-lapse recordings of Mount Fuji, taken over a period of several weeks.