distributed by Lightcone (Paris), Filmbank (Amsterdam) and myself.

#5 is a film for three projectors and three independent screens next to eachother. The images were created by shooting moving reflecting forms with widely varying exposure-times. These images were then printed on the film strip in various ways. The film explores the relation between image and time on the film strip and modulates continuously between what I I regard as two extremes in this respect.
In practice, the one extreme consists of filmsequences I shot frame by frame with very long exposure-times. These images are light-trails, drawn by moving objects. Illusion of movement during projection is caused by the interference between the movement of the recorded system and the speed of the camera.
The other extreme consists of snapshots which I printed on fields of film strips using a photo-enlarger. I spliced these strips together after developing and used them as a printing master. In this way the original image is scattered across several film images and is “scanned” during projection from top left to bottom right.

The films are based on a global score for colour, the type of image and the size of the film fields. The images were made using very nonvirtual, simple reflecting materials and can be regarded as a kind of action painting with light. 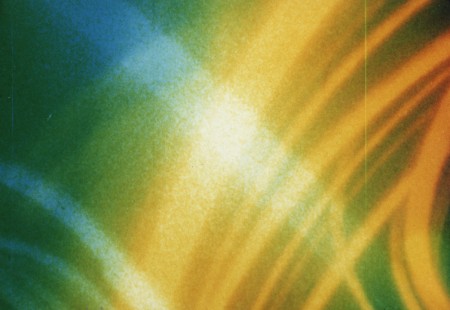 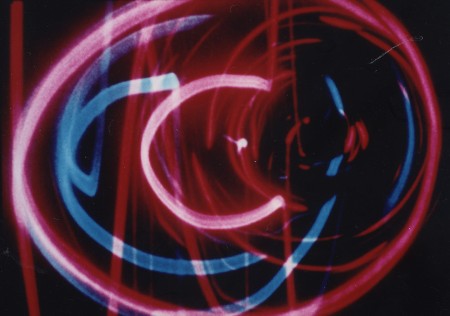 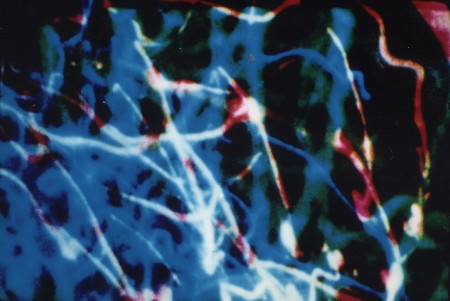