#31(RGB) is an installation I made together with Gerard Holthuis. It consists of 80 lights hanging from the ceiling in the shape of a spherical surface. The lights are in three colours: R, G and B, and different lighting intensities produce different relations between the colours of the lamps themselves and the overall light diffused by walls, floor and ceiling.

The programme modulating the intensities and rhythms of the lights is a cyclical composition using a wide range of behaviours of the lightpatterns, in order to continually transform the perception of the space. 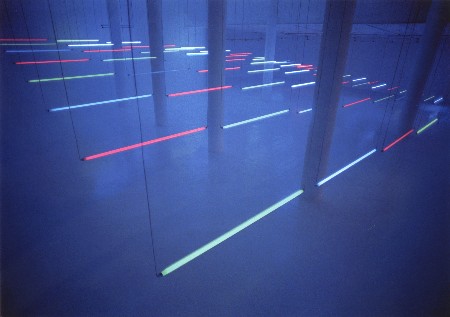 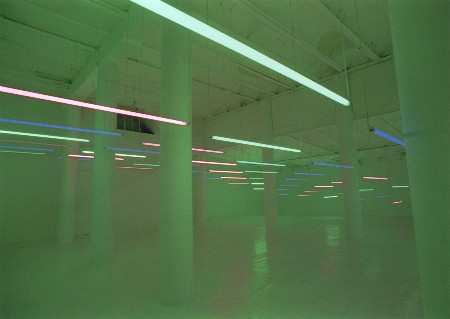