“:+” (or “Double Points: +”, or “Double Points: Cross”) is a collaboration between choreographer Emio Greco, director Pieter Scholten and composer Hans-Peter Kyburz. This collaboration started in 2004 and in 2005 the Festival d’Automne à Paris commissioned an expanded version. In this expanded version Emio triggers electronic sounds and influences projected images through his movements.

This expanded version was performed three time in november 2005 in the Centre Georges Pompidou in Paris. The music was performed by Ensemble Intercontemporain, the reactive musical setup was developed by ircam and Wolf Heiniger.

This was my “live cinema” debut: I wrote software which I could control in real-time. An analysis of the movements of Emio Greco was one of the inputs, controlling the microtemporal developments. The projections were on the floor: several projectors were used as if they were theatre spots during three very dark sections. Two other projectors were projecting on white circular screens on the floor providing a continuous counterpoint to the music and dance. 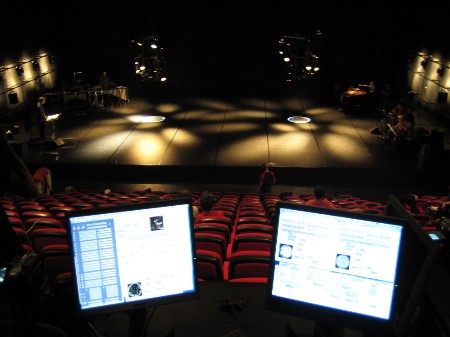 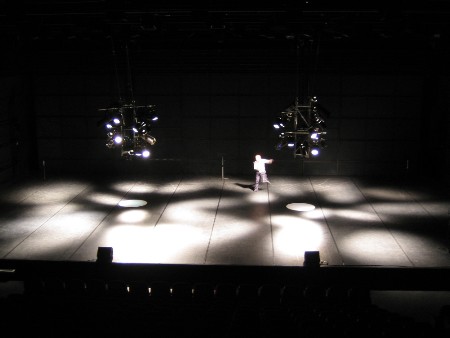 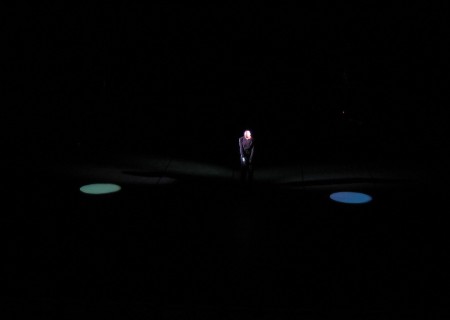 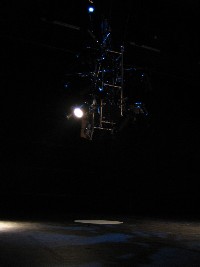 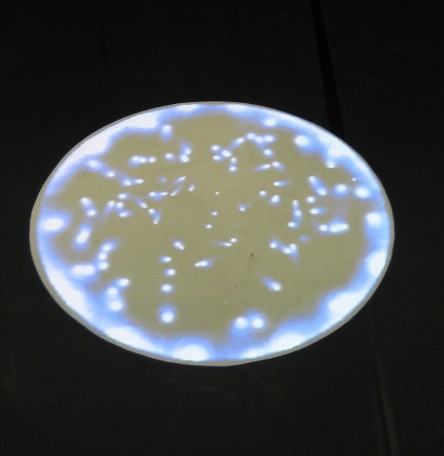