In july 2005 was the premiere of the music theatre piece ‘Escamotage’, composed by Yannis Kyriakides, directed by Paul Koek. It was produced by the Veenfabriek in Leiden and the Forum Neues Musiktheater in Stuttgart. It was created and premiered in Stuttgart and performed in The Hague about half a year later.

The piece is about the incongruity of quantumdynamics: Yannis wrote:
”
What can we really know about something that we cannot percieve ?

A magician comes on stage to perform the old ‘cup and ball’ routine but things don’t seem to go as they should. His female assistant has an obsession with quantum physics with a particular fixation for Schrödinger’s Cat, the famous gedankexperiment of the Austrian physicist, which describes how if we take reality to a quantum level a cat can be both dead and alive at the same time. As the stage becomes gradually transformed into a place of transit where Newtonian physical laws break down, the magicians become increasingly frustrated by their attempts to perform any magic routine whatsoever, and withdraw to the dressing rooms where they become subjected to the full impact of the bizarre effects of quantum logic. In this way the performers themselves begin to undergo the same physical patterns of appearances and dissapearances like balls under the magician’s cups. All this unfolds in a peculiar manner, time doesn’t flow in the normal direction, and the failures of the magicians on stage are constantly thrown up again and again, recurring in fluxuating time fields; and like the cat in the gedankexperiment, the performers become trapped in a state of limbo.

I designed the stage and the lights, including a custom led-installation and a little radio-controlled robot called Harry. The led’s can indicate luminous trails in the sand on stage, “Harry” has a light and a rake to erase trails. 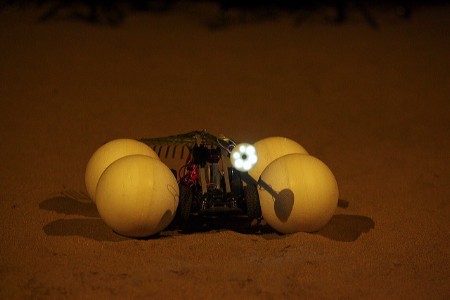 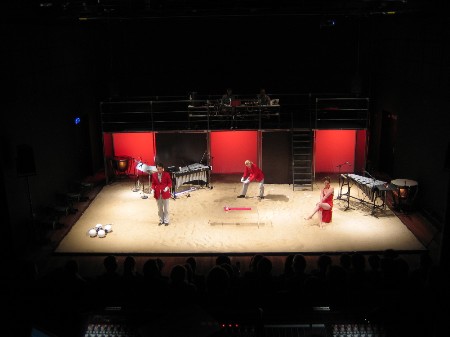 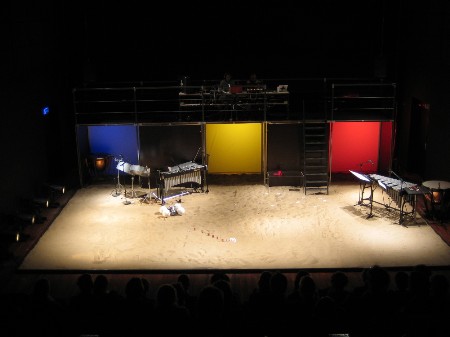 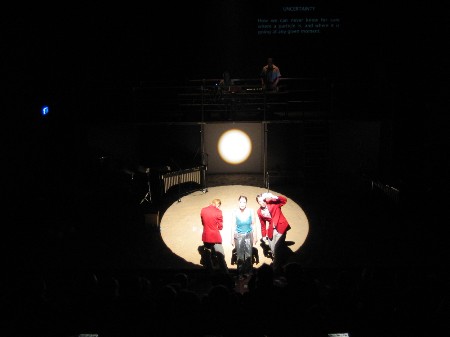 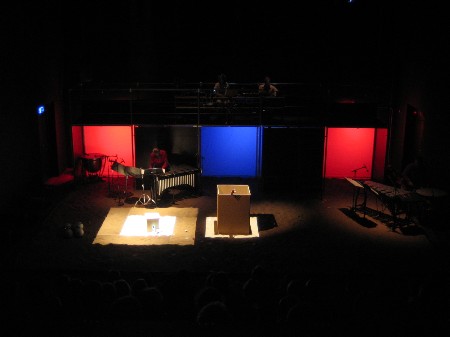 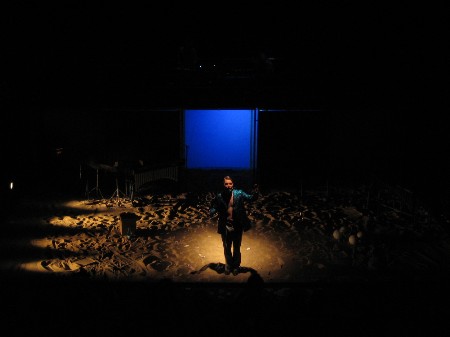 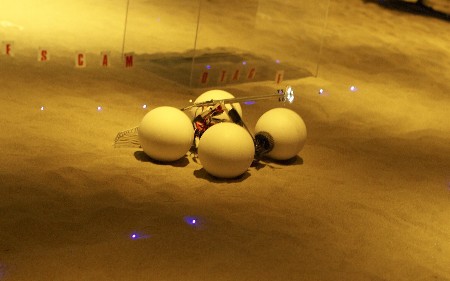