The music theatre piece ‘Superville’ is based on the life and theories of Humbert de Superville:

”
Humbert de Superville (1770-1849) was the first director of the Print Collection of Leiden University. He was a gifted draughtsman and theorist of the arts. One hundred year before Mondriaan and Kandinsky he developed theories about lines, form and colour that come close to some aspects of early 20th century art. In his writing he speculates on the position art should take within society, which leads to a number of fantastic projects, many of them of an utopic nature.
”
The lights were designed by me (and superbly built by Rene Bakker) and I also thought of the stage concept.
The piece was directed by Paul Koek and Martijn Padding, produced by the Veenfabriek and had its premiere at the 430th anniversy of Leiden University, in june 2005. It was then part of a much larger manifestation including many other projects, mostly by students from Artscience and the composition department of the Royal Conservatory.
The Veenfabriek piece toured on its own in november and december in ten theatres in The Netherlands. 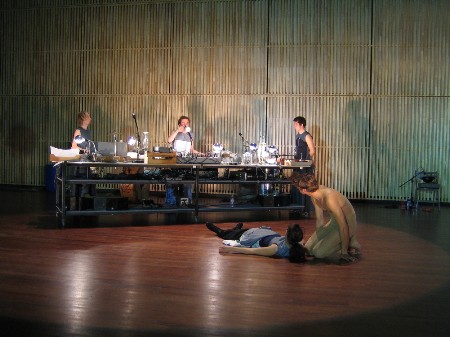 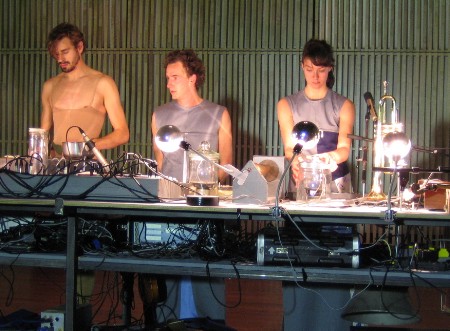 As part of the larger manifestation I also made this installation, an animated version of a drawing by Superville where he explains his colour system. The installation was built by www.gekkenwerk.com. 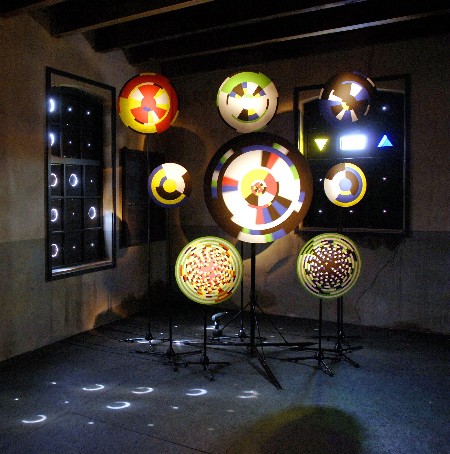