In 2001 Yannis Kyriakides, Isabelle Vigier and myself made ‘Scape’, a composition of around 90 minutes for 15 piece band (Dutch ensemble ‘De Volharding’), electronics and a large single-screen projection. It was commisioned by Orkest De Volharding and produced by the Korzo theatre in The Hague.
Isabelle and I made the video, where she was mostly concentrating on the camera work and me on the reanimation of the footage and the editing. I wrote several scripts in FXscript (the best kept secret of Final Cut Pro: so well kept that nobody seems to even know about it, let alone use it) to a kind of algorithmic montage.

”
‘scape’ is an exploration of the different ‘senses’ of time inherent in the representation of movement through notes and images. Music and the technology of moving pictures share a common strategy that facilitates the manipulation of time: discontinuity. The intervals between notes on a paper and the frames on a film strip are what make these media such powerful tools; these intervals are what allows for montage, composition and orchestration.

A lot of the inspiration for ‘scape’ comes from the field of chronophotography. To its inventors (Etienne-Jules Marey, Albert
Londe, Edweard Muybridge), chronophotography had a primarily scientific meaning, its main aim being to refine human perception and come to an understanding of movement patterns. Their interest for movement brought them to observe and photograph humans and animals in motion, as well as movement in nature, such as waves or eclipses. They invented photographic systems that would allow a number of pictures to be taken in a short space of time. These resulted in a series of images that recorded an event, its temporal phases, mechanisms and duration. By revealing to the human eye what had been so far beyond its perceptive capacity, they caused a reorganization of what we percieve as speed. These inventions were precursors to the invention of cinema, and of all developments in moving image technology since.

The structure of ‘scape’ puts this discontinuity at the heart of the piece by the way it is built up out of short fragments. The music and sound of the composition is focused on exploring perceptions of movement in space by relating directly to visual information and animating this through time. In every fragment the frequency relationship between music and image is differently defined, as is the tempo and the number of permutations of images and musical
material. In this way the 15 piece orchestra De Volharding combined with live electronics forms a tightly knit whole with the fragments of animated images. Sounds are spatially distributed, creating illusions of movement. Images are broken up in time, frame by frame, and recomposed in a play of shifting speeds and rhythms.

Aside from being inspired by the world of chronophotograpy, ‘scape’ is also a comment on its imagery. There is a strong sense of power that inhabits the images of Marey, Londe and Muybridge; theirs was a mechanical eye with unheard of analytical capabilities, strongly suggestive of a visual truth, essentially modernist in its aspirations. This sense of power is caused by the way the research subject is cut from its background, sometimes even abstracted from its own shape and reduced to a moving set of joints. The modernism becomes especially poignant in the anthropological ‘research’ of Marey and later investigations into the efficiency of assembly line workers.

In ‘scape’ the figure – the human figure in the images as well as the figure of the soloist in the orchestra – is always taken in relationship to its ground. In the animated images the camera moves, thus making the ‘figure’ move relative to its background and thus making the camera a participant in the action instead of a transparent observer. In the animated images the tools of chronophotograpy are used to show these relationships between figure and ground; between inhabitants and the city, tourists and their surroundings, animals and nature. The frame edits shapes and trajectories through cityscapes and landscapes. Framed in the ‘scape’, reframed in the picture, human and animal presence become an indication of scale and time. 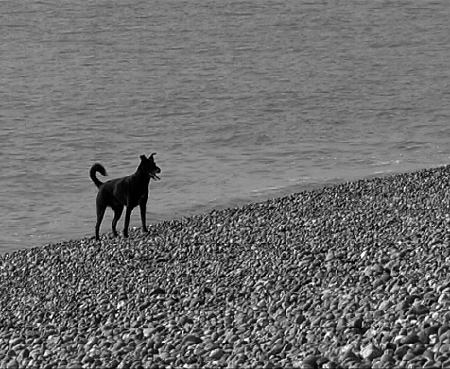 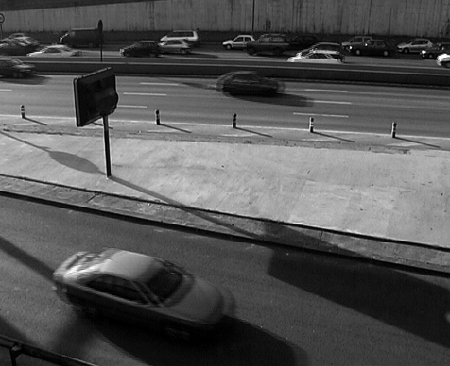 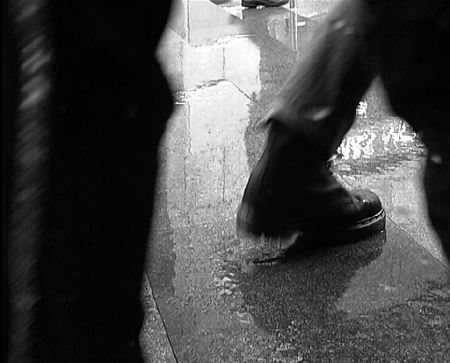 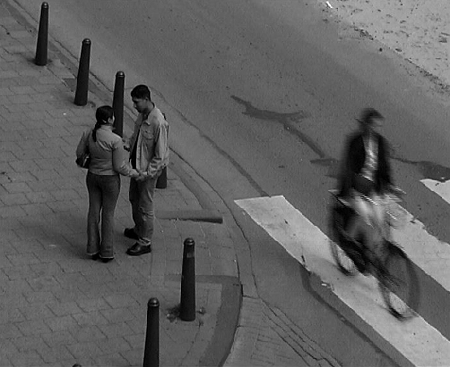 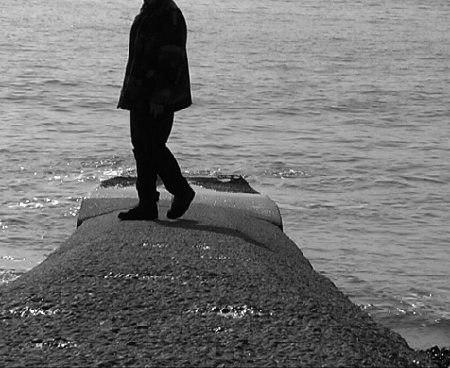 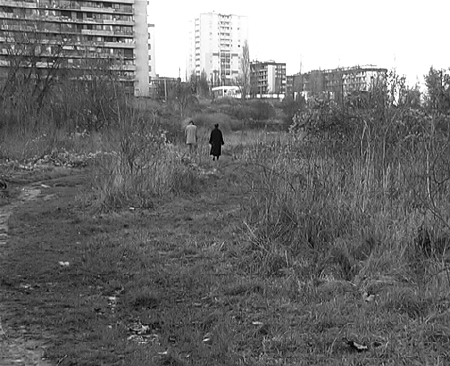