It was shown twice: once in the Westerpark in Amsterdam (for which it was originally conceived), in june 2004, and later de Oude Kerk in Amsterdam, during the Yule festival, which took place at the end of december 2004. 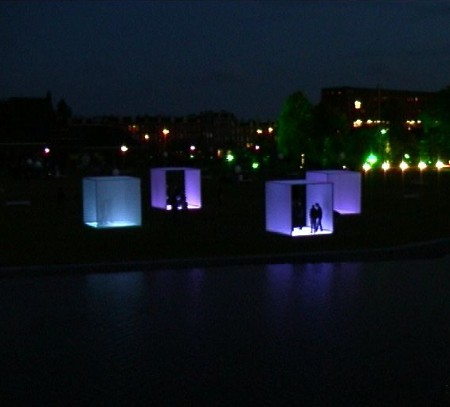 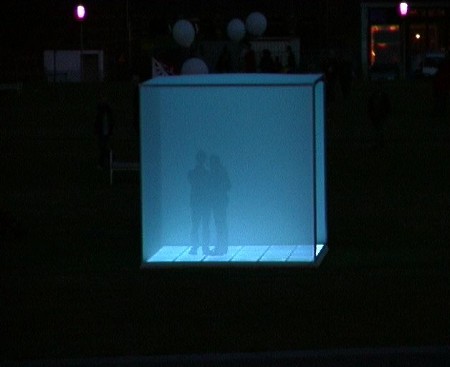 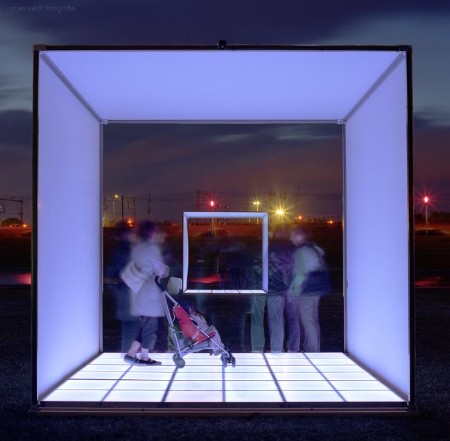 A text written in 2004 for the ‘Multileds’ newsletter:

”
On the 18th of June the first ‘Midsummernights’-manifestation took place in the Westerpark in Amsterdam. In order to celebrate the opening of the new cultural park, the Westergasfabriek Foundation asked theatre director Paul Koek to develop a show in which the park itself would be the protagonist. In reaction to that Paul Koek formulated the following vision: “After dusk the park comes to life. Floating, fluorescent lights, reflections in the water, steam and small fountains lead the visitors along the paths. Airy and light, everything soft and floating, warm and pianissimo”. The result was a magical show in which the public could choose its own pace and where about a twenty events or environments could be experienced, amongst which a text by Anna Enquist, music by Mischa Mengelberg and Martijn Padding, a sound installation by Florentijn Boddendijk, an interactive sculpture by Robin Deirkauf, and light by Uri Rappaport and Joost Rekveld.

For this project Joost Rekveld realized his interactive light installation #31.2, in which he used 36 multiled-tiles. His installation consisted of four cubic ‘pavillions’ of three by three by three meter. These pavillions stood in the grass, approximately 15 meters apart. The floor of every little pavillion consisted of a grid of nine multiled-tiles, the two walls and roof were semi-transparent cloth that caught the light of the floors. Every pavillion had a sensor, and Rekveld’s software translated the movements of the visitor into waves of light travelling through the floors.
Despite the not very summery weather (the planned second night on the 20th was cancelled due to the low temperature) about 1500 visitors came out on Friday, almost all of which also visited the luminous pavillions. Most visitors thought that the installation reacted to pressure on the tiles, something which seduced even the most withdrawn amongst vistors to try out a few steps. The reactions were very enthousiastic; some paid more attention to the light play on the walls of the cubes, others enjoyed to see a retrofuturistic dancefloor in a parc. The Westerpark now owns these pavillions, it is to be expected that they will be seen more often in the Westerpark (and possibly other European parks) in the future.
” 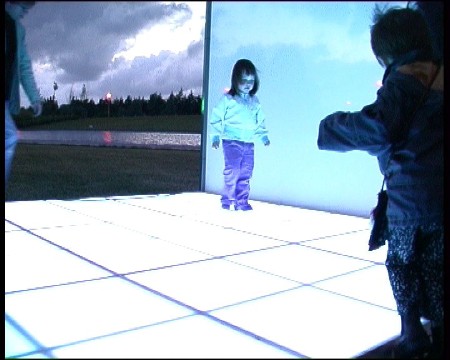 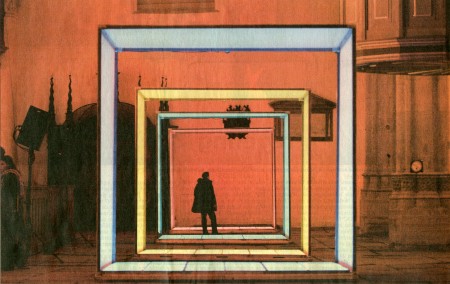