Kepler on the camera eye 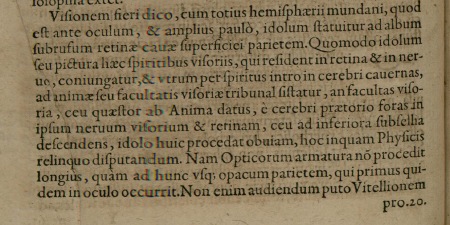 ” I say there is vision when a representation of the whole hemisphere of the world that is before the eye, and a bit more, fixes itself on the reddish white concave surface of the retina. As to how that representation or that painting is linked with the visual spirits who have their seat in the retina and the nerve, and whether it is taken by the spirits to the interior of the brain and appears before the tribunal of the soul or the visual faculty, or whether it is the visual faculty who, as a Quaestor delegated by the soul, descends from the court to the the visual nerve and the retina, which are like inferior tribunals, and comes forward to meet the representation – all this, I say, I will leave to the Physicists to discuss. Because the Opticians don’t engage their troops beyond that opaque inner wall that constitutes the first obstacle within the eye.”

and below two drawings of the anatomy of the eye, taken from the same book: 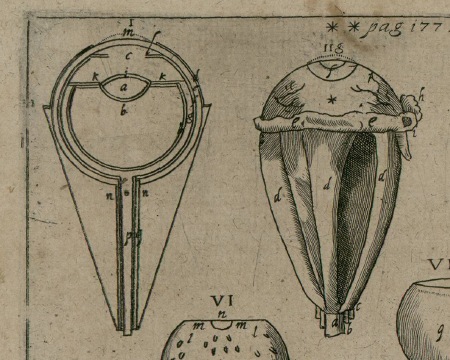 the first image I’m aware of where the eye is compared to a camera obscura is from Ludovico Cardi detto il Cigoli, “Prospettiva Pratica”, manuscript Ms 2660A of the Uffizi library, 1613: 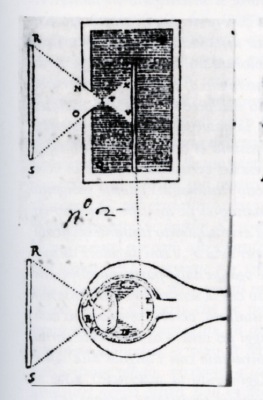 and there’s another image, by Leonardo da Vinci, from his manuscript D (1508) which is sometimes interpreted as something similar, although there is no mention of a kind of screen in the eye: 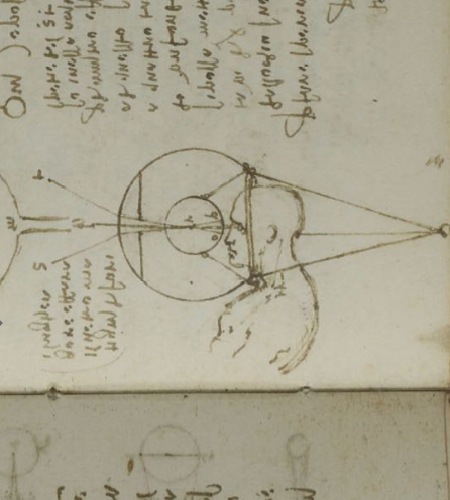 and of course the most famous picture of the eye as a camera obscura is the one from René Descartes, “La Dioptrique”, Leiden, 1637: 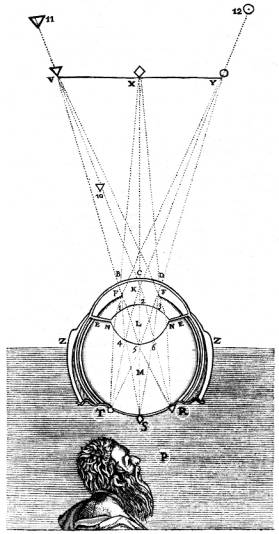