distributed by Lightcone (Paris), Filmbank (Amsterdam) and myself. 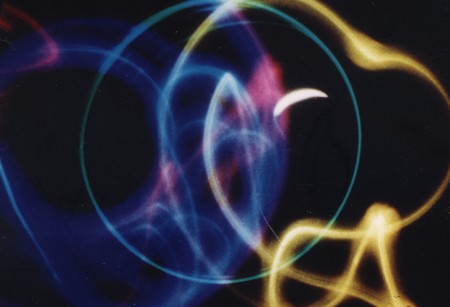 ”
#3 is a film with pure light, in which the images were created by recording the movements of a tiny lightsource with extremely long exposures, so that it draws traces on the emulsion. The light is part of a simple mechanical system that exhibits chaotic behaviour.

Already for a long time I have been fascinated by the fact that it is possible to construct a static image using movement, and that it is possible to recreate movement by showing several of these static images in succession. In this way both the images as well as the transformations of those images are caused by the interference between the movement of one single light-germ and the movement of the filmcamera. I regard this as a kind of zero point of photographically recorded film. 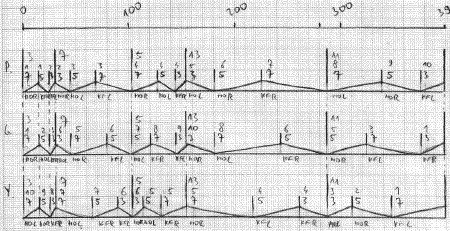 The film was made according to an extensive score (fragment above) covering colour, exposure, camera position, width of the light-trail and the direction and speed of movement of the mechanical system. The score consists of 13 sections in which I have tried at all costs to avoid repetition, symmetry and trivial developments.
The light that draws the traces was fastened to a double pendulum. This system is known from chaos-theory and shows unpredictable behaviour in a certain range of speeds.
” 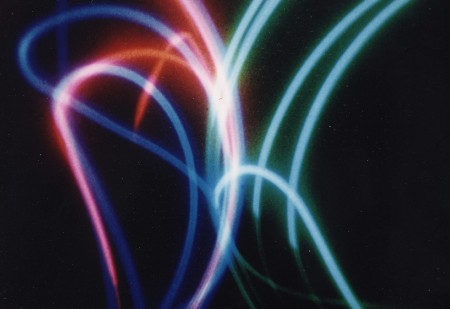 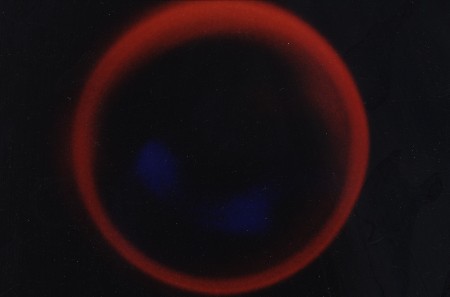 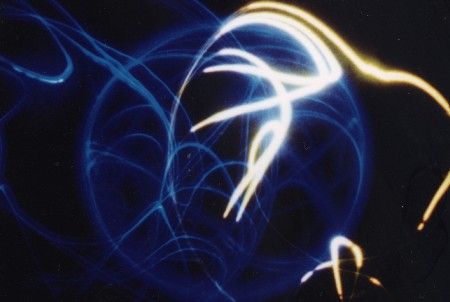 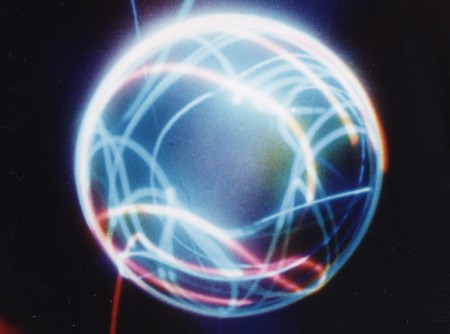